On 21 November 2018, the Ballarat City Council passed a Notice of Motion from Councillor Belinda Coates noting the IPCC report and acknowledging the climate emergency.

Five local residents came to speak in support of the motion, including Miriam (left on the photo above) and Anna (middle) – a student who is organising a school strike at Trades Hall in Camp Street in Ballarat on 30 November 2018. Belinda Coates (right), member of the Greens, moved the motion.

Councillors pointed out that they already have plans in place for council operations to go carbon neutral by 2025. Others remarked that there was more that could be done with local planning laws, transport plans and the like.

Five voted in favour, two against.

NOTICE OF MOTION:
That Council

2. Notes the successful motion to the Municipal Association Victoria (MAV) May 2017 to recognise that we are in a state of ‘climate emergency’ that requires urgent action by all levels of government, including local councils.

3. Acknowledges the ‘climate emergency’ and the need for urgent action by all levels of government, including local councils.

5. Councillors receive a briefing from officers on how to best act on this ‘climate emergency’ acknowledgment and ensure that this is embedded into the ‘carbon neutrality and 100% renewables action plan’, council plan review and future strategies.

On 3 October 2018, City of Ballarat Council voted unanimously to become a member of Cities Power Partnership as part of ramping up its local climate action, moving towards renewables and becoming a carbon neutral city.

The Council committed early last year to strive towards a target to aim for carbon neutrality and 100% renewables by 2025.

The municipality has solar hot water systems for around 20 facilities and solar panels on the rooftops of 10 major buildings.

The Cities Power Partnership is a free national program that brings together Australian cities making the switch towards clean energy. 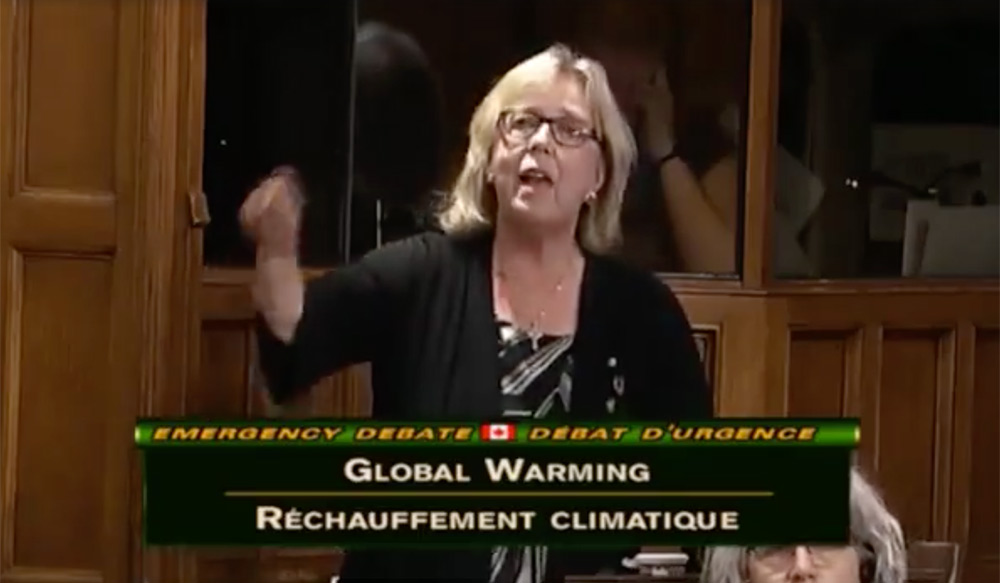 The Green Party of Canada requested an emergency session to debate climate change in the Canadian Parliament. Here is what leader of the Green Party Elizabeth May had to say in the House of Commons Emergency Debate on Climate Change on 16 October 2018. An impassioned speech.

» You can read the speech on www.elizabethmaymp.ca

Things that matter? Like taking action to address the #ClimateEmergency? Reading the #IPCCReport? https://t.co/I6cMOZ02Ax

Get involved by taking action with our local Geelong Council

Our campaign is called CACE – Community Action in the Climate Emergency – and has already got four Australian Councils to declare a climate emergency and start to move into emergency mode and with six local governments in America now follow our lead including Los Angeles City.

Why emergency?
Well, we are in one. Current levels of greenhouse gases will cause an environmental and human catastrophe, and we need to act now while we still can.

With enough councils in emergency mode, this will force state and federal governments to follow suit.

This is how small groups of people can start a process of changing the world by taking action with their local council.

» Read more about CACE on www.caceonline.org